My most recent musings 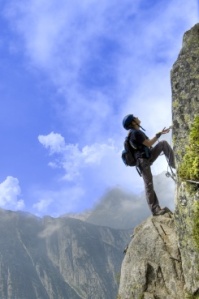 In November, I realized that if I wanted to accomplish one of my life goals, I would have to literally get started. I signed up to run my very first race, a 5K, and I completed that race on January 1st of this new year. I didn’t run the whole length of the race, as I mentioned in my previous post about the race, but I did finish within an awesome time. Tonight, I am signing up to do my second race on February 12th, and my current goal for that one is to run the whole time.

As much as I want to accomplish this small task (small in comparison to the major goal which is running a whole marathon within the next 2.8 years) I mentally can’t wrap my mind around being able to physically accomplish this task. Even today, when faced with the task of running 25 minutes straight without stopping, I hesitated to get off of the couch and onto the treadmill because 25 minutes is a long time when you’re a new runner. I set out to run as long as I could without stopping, allowing myself a 1-2 minutes break somewhere within the workout. I was wrong about what I thought I could accomplish. I ran the full 25 minutes without stopping.

I think I often do this: I assume I am not strong enough, smart enough, brave enough, to accomplish certain things. I set smaller goals that my mind can actually wrap around, but I have to be honest, I am just trying to avoid disappointment or rejection. I’m done with that madness. Seriously.

If I trust in and believe in a God who is greater than my wildest imagination can fathom, I can also trust in and believe in the power that resides within me because of that Great and Awesome God. I am stronger than I thought, and it has nothing to do with my own physical abilities, and everything to do with the abilities and talents He put inside of me. Let’s be honest, if you know me, you can tell I don’t look like a “runner”, and as much as my physical size is a work in progress, it’s also a reminder to me that what the physical eye sees isn’t always the truth!! How awesome is God?

So, tonight served as a nice reminder that getting in my own way doesn’t make the mountains I have to climb any smaller; it simply postpones the inevitable journey up.

What mountain are you afraid to climb? What issue are you avoiding? What goal do you think you can’t accomplish?

I am a 32 year old teacher in Georgia, originally from Ohio (Go Buckeyes!). I am also a singer and I recently taught myself how to play guitar. For fun, I enjoy reading and lots of Netflix binges, which is my American right! I have also been known to cycle, run half marathons, and do just about whatever I set my mind to. A charming shepherd-mix dog named Kingsley lives with me and keeps me laughing at his antics at every turn. I am learning how to love the life I live with each passing day. Sometimes it's easy...other times, I write about it. View all posts by DanniWrites